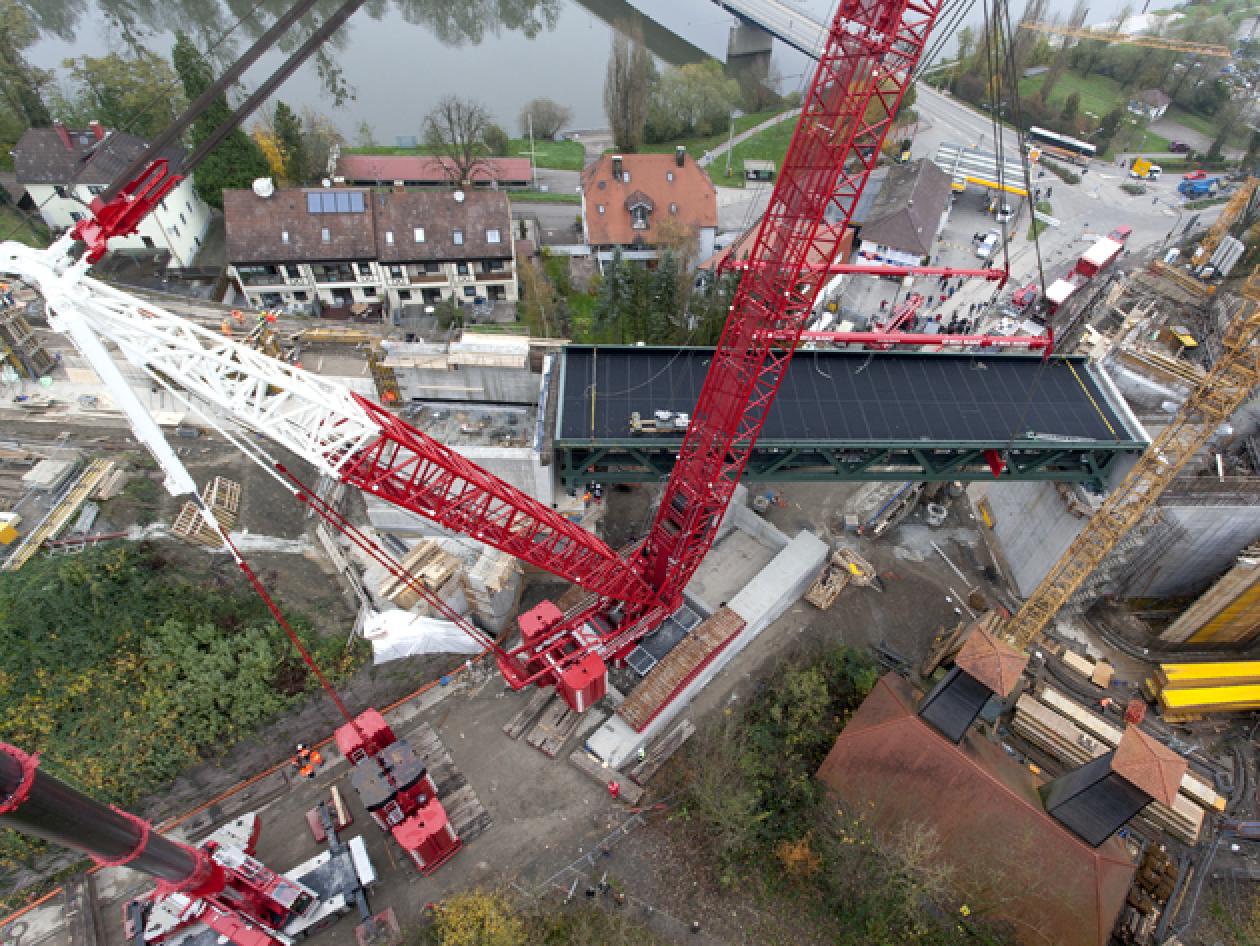 The team from RIGA MAINZ were faced with a special challenge in mid-November: In Bad Wimpfen am Neckar, a railway bridge with almost 400 t weight needed to be lifted into its final position.

It was not the weight which was tricky for the caterpillar crane LR 1600/2 to handle, but rather the extremely restricted spatial conditions on the construction site. Right and left, as high as a three-storey building, stands the concrete foundation of the railway bridge, and in between this only a gap the width of the country road L 530, which is also extremely steep at this location. To set up a large caterpillar crane and deliver an over 40 m-long bridge section here required exact planning.

And the planning and preparation was indeed thorough: So that the crane could be moved approximately 10 m in reverse under load, a ramp was concreted for the crane according to plans by RIGA MAINZ, which rested on up to 13 m-deep foundation piles in order to withstand the load from the crane, the necessary 565 t ballast for the lift and the 355 t of the bridge.

The bridge element was delivered by two parallel travelling SPMTs, each with 10-axle lines, and then both the cross members were fed through the framework to attach the load. For this purpose, RIGA MAINZ had respectively designed cross member extensions, by means of which an auxiliary crane on the other side of the bridge could be attached, and draw in the cross members.

Thanks to the extensive preparations, the actual lift then appeared almost unspectacular: Slowly the LR 1600/2 with the load on its hook reversed around 10 m until the bridge came to rest exactly on the abutments. Once again, a challenging job had been successfully completed by the RIGA MAINZ team.

The local residents can soon exhale again: The bridge belongs to the important rail section which connects the Heilbronn area with the Rhine-Neckar area. Since the demolition of the old bridge, trains could not travel here, and moreover the road affected was also blocked, which has generated significant strain on commuter traffic.