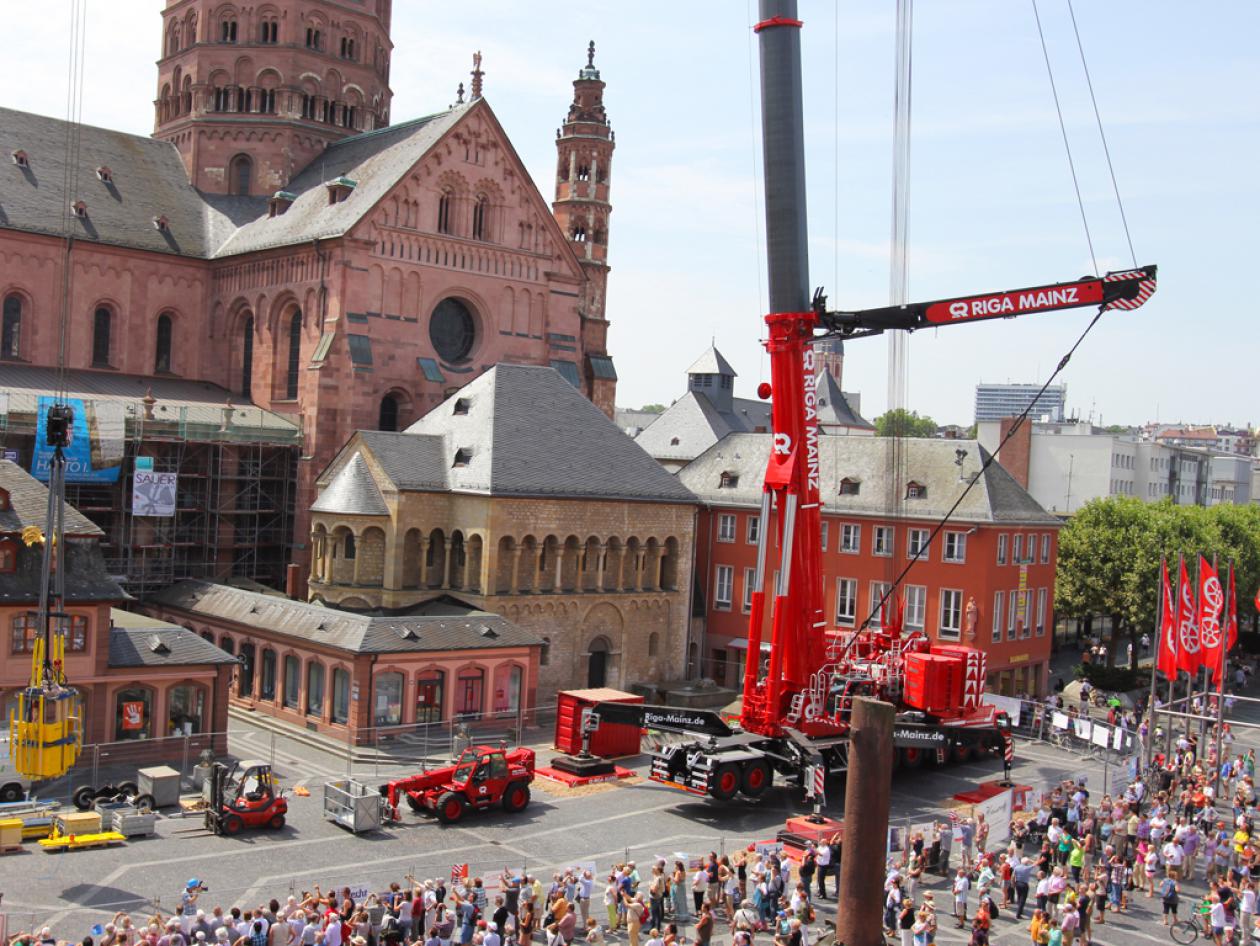 Within the scope of an extensive exterior renovation of the Mainzer Dom, a new sandstone steeple was created for the 82.5 m-high West Tower. The steeple still located on the tower had to be removed and the new one safely replaced onto the tower. A commission with an important cultural background in our home town, and furthermore the first deployment of our new mobile crane LTM 1750-9.1 by Liebherr.

A further particularity for us during this operation was that almost all the work took place on the bustling Domplatz (Cathedral Square) and was constantly under the observation of a large, interested audience from Mainz and the surrounding area. Due to the great public interest, there was not one working step which was not documented by the press and television in sound or image. As a result, the Project Manager also acted as a Press Officer. However, all the planning which is performed for such an operation took place away from the public eye, conducted by our Project Planner Kathrin Marx and the RIGA Team. The initial preparation on the Domplatz concerned depositing a roughly two by three metre ballast bed for the 2.3 t-heavy steel plates. This was to protect the ground against dangerous deformation. This risk cannot be ignored with a 108 t crane on old cobblestones; the pressure applied to the ground during lifting in particular represents a load many times greater than the actual load. The transportation of the nine-axle LTM 1750-9.1, its accessory parts and the required auxiliary crane took place at night and in the early hours of the morning. On the squares around the cathedral, the crane jib was then assembled and the crane erected to its full size.

The new steeple, comprising of two sections with a total weight of 18 t, was safely packaged and prepared for transportation by a formwork specialist using wooden formwork boards, metal profiles and belts. It could not be delivered until all the preparation work, which partly took place directly next to the Mainz weekly market, had been conducted. However, first the old steeple had to be horizontally sawn into two parts, severed from the tower with a great deal of effort and lowered down to the ground. After the old steeple had been removed, the new steeple could be delivered the following night from an intermediate storage location at the Mainz Nordhafen (North harbour). Through the Mainz inner city, in part travelling at only 6 km/h, under low pedestrian bridges and in part on the opposite traffic lane, the transportation proved to be real millimetre precision work.

After arriving at the Domplatz, the lower section of the new steeple with 14 t was then lifted. The positioning at a great height demanded the greatest attention and precision from both the employees up on the scaffolding, and from the crane driver. In total, they had to fit eight holding pins into the corresponding drill holes in the West Tower highly accurately to the millimetre. In the meantime, the upper section of the steeple (7 metres high including the weather vane) was waiting for deployment on the Domplatz. Once again, precision work was required for positioning until the tower, to applause from numerous observers, projected once more into the sky at its original full height. 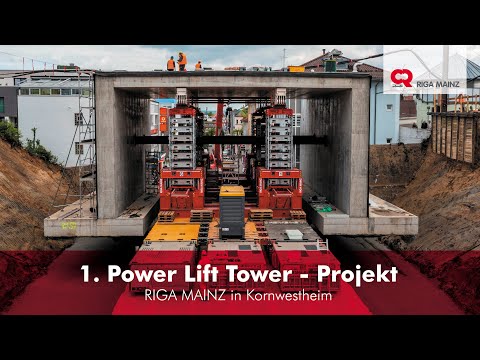 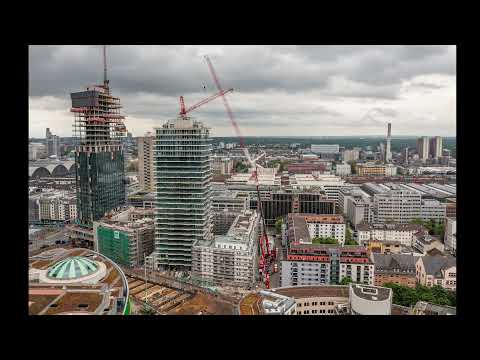 In Frankfurt am Main demontierten…